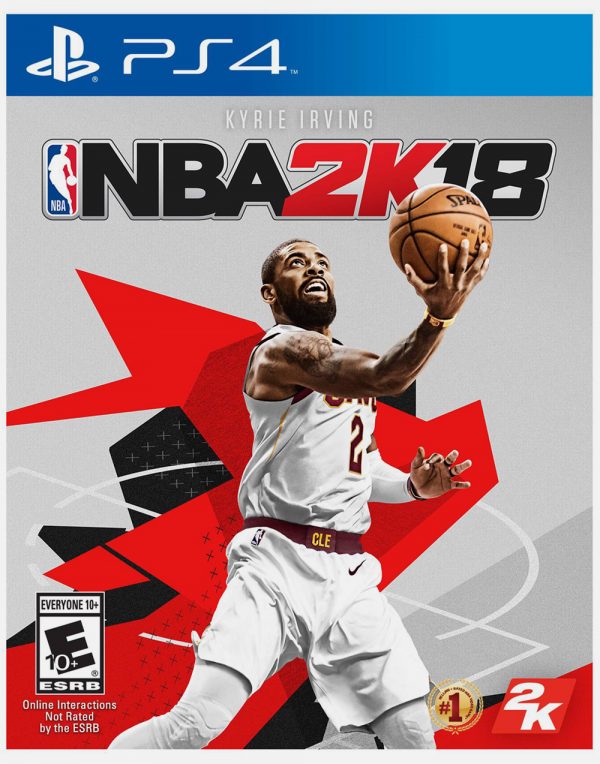 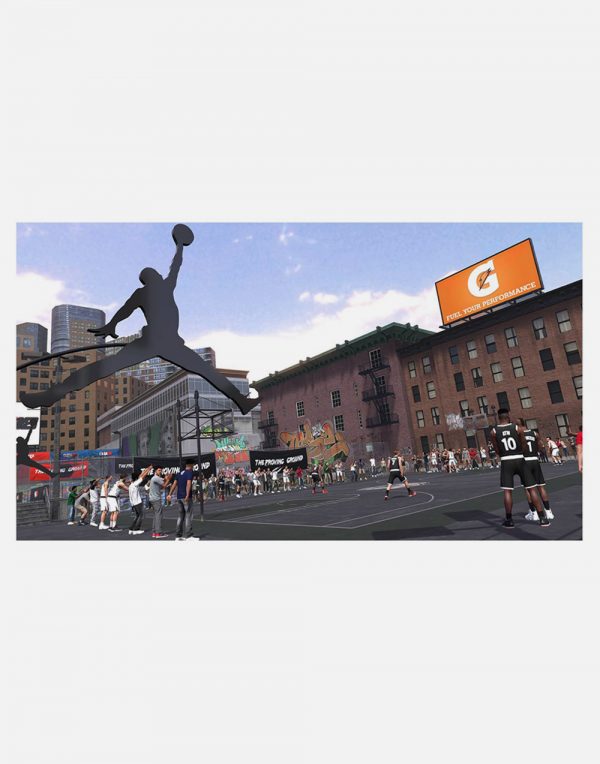 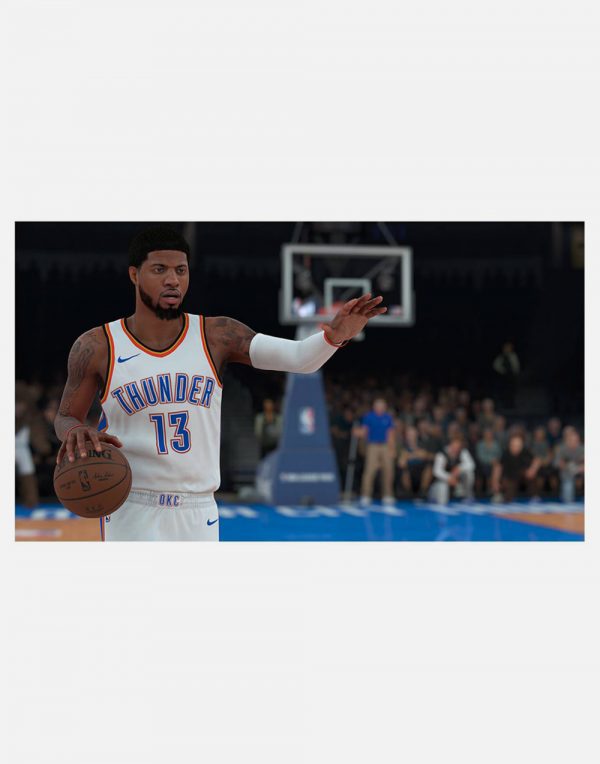 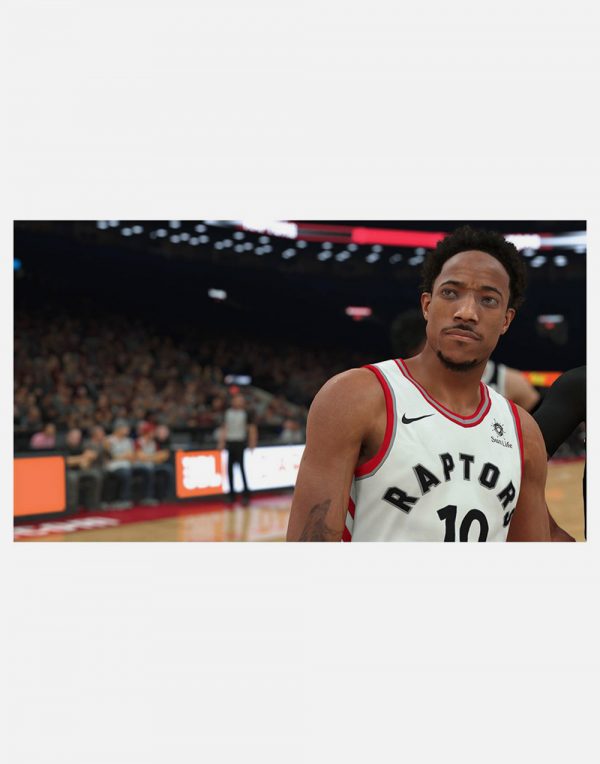 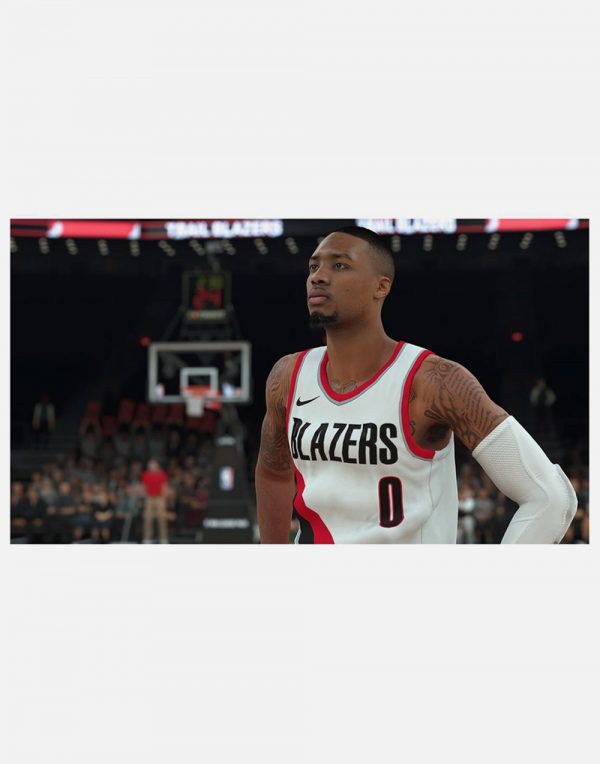 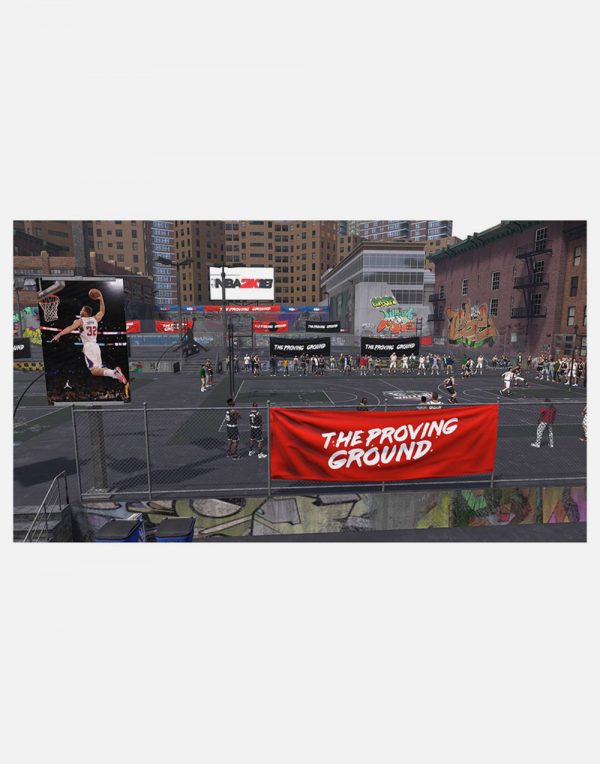 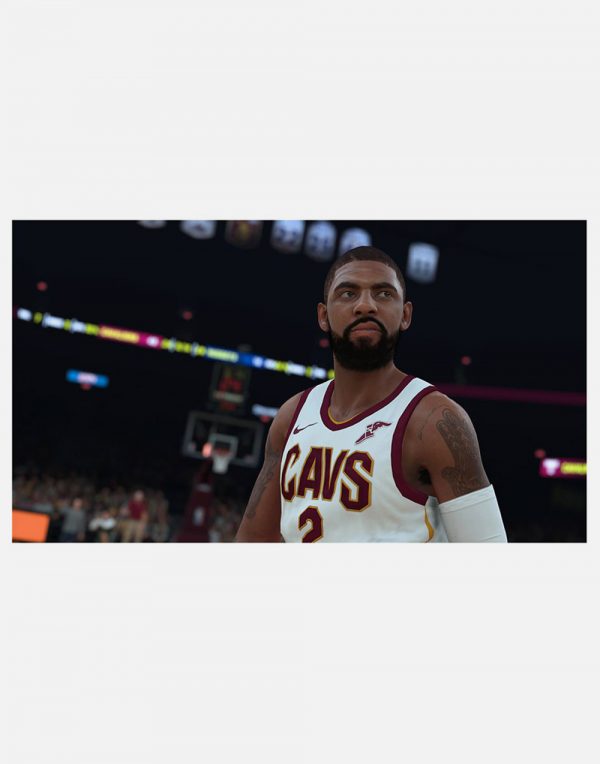 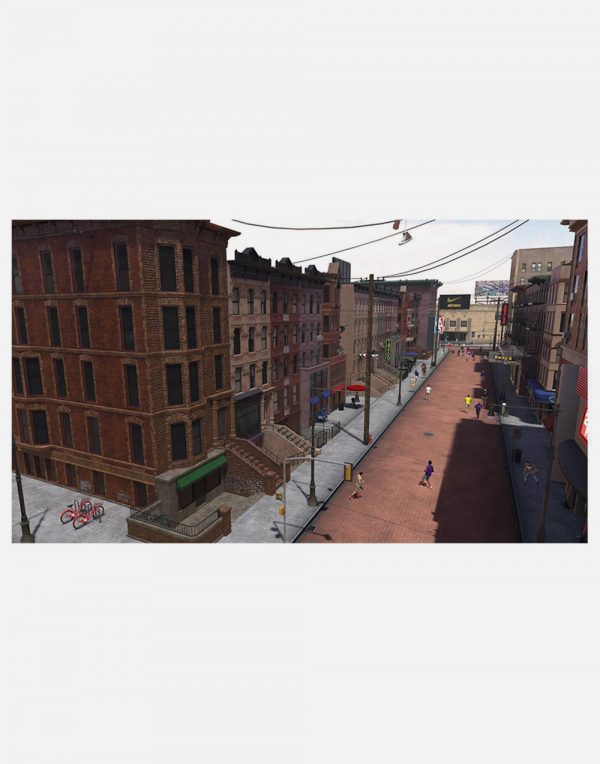 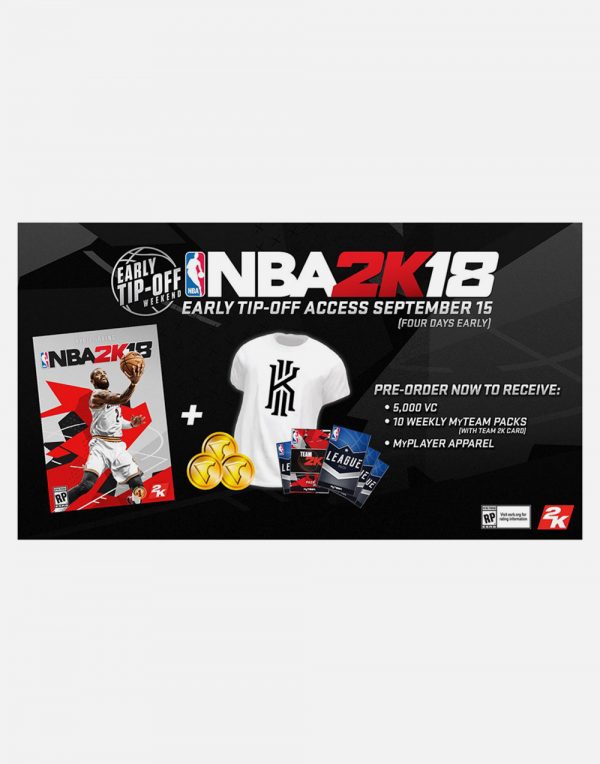 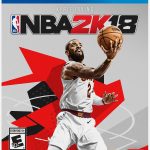 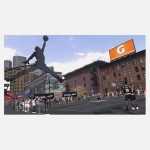 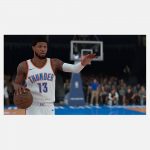 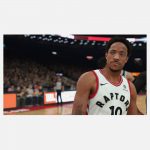 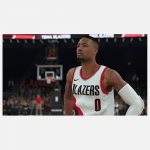 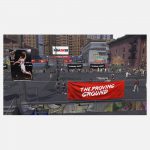 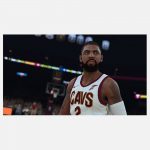 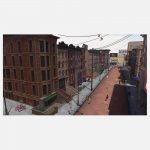 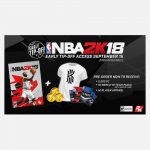 This console generation’s top-rated annual sports title * returns with NBA 2K18, with unmatched authenticity and improvements on the pitch.

This console generation’s highest rated annual sports title * returns with NBA 2K18, with unmatched authenticity and improvements on the pitch.
* Based on 2008 – 2016 Metacritic.com † Not available in all markets. “RUN THE NEIGHBORHOOD
The future of sports career modes has arrived, allowing you to play the game the way you want. Build your career in NBA games, join the grounds of Playground Park, join the Pro-Am circuit or explore shops and sites in a whole new open district. With MyPLAYER’s new leveling and approval systems, our largest cast of characters to date, including NBA players, and much more.
The comprehensive metagame that rewards users for improving their overall MyPLAYER ranking, regardless of which modes they choose to play.With a unified badge system across Pro-Am, Park, and your NBA journey in MyCAREER, your attributes, animations, and badges combine to define your playstyle on your road at an overall rating of 99.
Prelude
Get a free preview of the neighborhood, a week before the full release of NBA 2K18. Hit the Proving Ground streetball courts with your MyPLAYER and show the world what you have to offer. Available September 8 on the PS Store and Xbox Live.

Update Create a Player
Create the MyPLAYER you want, whether it’s scanning your face with the MyNBA2K18 mobile app or creating something personalized using our preset options. Hairstyles have been updated with many new options to choose from, and body weight and height are more accurately represented to ensure the unique look you want for your MyPLAYER.

My Team
Collect player cards featuring NBA legends from past and present, and compete in a variety of online and offline modes.

Super Max
Build a capped team and compete against other users of similar ability in a new season mode. With a limited salary cap to be distributed among 13 players, you will need to be strategic in selecting your roster for each round. Prizes are awarded based on your performance in each round, making sure every match counts.

Pack & Playoffs
A brand new draft mode that challenges you to build the best 5 player squad from the packs you open before each round. Compete against teams written by other users and advance to win better prizes. With Pack & Playoffs, it’s a new range and a new experience every round.

Plan the challenges
Play through a 30 game schedule for each of the 30 NBA teams. Earn MyTEAM points and prizes over 900 unique challenges based on the 2017-18 NBA schedule.

New Movement System
The new movement system brings player control to a new level of realism. Now dribbling and ball movement are no longer driven by animations. This revolutionary technology dynamically creates animations to provide the best possible gaming experience. You are now in complete control.

GRAPHICS & PRESENTATION Improved Player Accuracy
Countless hours of work have gone into making all NBA players look like their real life counterparts, down to the smallest detail including scars, stretch marks and even faded tattoos. The player body system has been completely redesigned to exactly match the physique of each player in the league, and player faces have been reconstructed from the ground up to show more detail and respond more realistically to the light laser. Scanned Uniforms & Accessories
The laser-scanned uniforms of each of the 30 NBA teams accurately illustrate every design down to the smallest point. Thanks to True Color technology, team colors have never looked so pure and authentic, and whites have never been so brilliant.And with the revised player body system, the uniforms fine-tune for each specific body type. To complete an NBA player’s full on-court look, users will be able to enjoy the largest collection of scanned shoes and accessories in NBA 2K history. Special Guest Commentary
The biggest list of broadcast talent in sports video game history is getting even bigger. Kobe Bryant and Kevin Garnett, future Hall of Fame members and former NBA cover athletes, will alternately join the booth to bring their expertise to the show, bringing the total number of in-game broadcasters to 13.
LEGENDARY TEAMS

Teams of All Time
The greatest players in NBA history from all 30 teams, together for the very first time on all-time rosters. Take part in Play Now to find out which all-time team of the franchise reigns supreme or challenge all 30 all-time teams in MyTEAM’s Domination mode.

Classic Teams
Play with 62 of the greatest NBA teams of the past, including 17 new additions. Place your favorite classic roster against current NBA teams, replay epic Finals matchups, find out if Shaq and Kobe can compete against the great Lakers of the past, or take on the Bulls 97-98 against the Warriors 15-16 for settle the game. argument

ESRB ranking: Everyone 10 years and over raw humor, soft language

There are no reviews yet.

Registration is free and easy!